A downloadable game for Windows and Android

F.F.C is a matching game where the main goal is make your character gain weight as much as you can! In order to compete in food contest against another BIG variety of characters, all of them with different stats like their belly capacity, digest speed, likes and dislikes in certain foo and more!!!

If you would like to support this project, I have a patreon where you can do it. Being a patreon would give acces to early builds of this game and also more benefits of my other fat fur visual novel game!

Also you can join our discord server to know more about, or talk with other people who follow these projects! Here it is the invitation link, don't be shy ~

How do you unlock Moony?

anyone know how to unlock blue dragon character?

struggling to figure out how to unlock the new character. I would think that the tanuki would unlock him, but it does not seem to do the trick

Can't back out of the vs cpu mode

Nothing else right now

Actually the soft lock can happen on PC too I think. I think it happened to me once already.

It was fun, before 1.0 update. Before it i can just ignore characters thite i don't like. But now, i need to play again and again just to try unlock someone else. I don't even know what i need to do to unlock character that i like(some stuff like "challenges" could help with it). And, i don't want to offend you, but I don't like your art style and, personaly, i don't like first character at all.

Woops, my mistake, I clicked "Linux" but it is the android version hehe, sorry, it is fixed now

Heya! Been enjoying following the release of this game so far. My favorite game mode is the turn based food fight, since it makes me feel really smart as my combo chain progresses and I get to watch the character grow!

That's fine! I don't mind unlocking things through the a challenge, since that can be a rewarding experience. However, as I said before, I prefer the turn based game mode. After a few days and only managing to unlock about half of the roster through the speed-based game mode achievements, I don't know if I have the skill required to keep enjoying the new content being added. It's especially stressful when you finally get an unlockable character to challenge you only to have poor RNG on food placement, or worse, the tiles suddenly stop responding and won't move.

I'd love to keep following the release of new content, and to get to see the new artwork being added to the game! I don't mind unlocking these things, though perhaps an "easy mode" would be helpful for people like me. ^^

thanks for your comment, I will decrease the difficult and I finally solved that bug for version 1.1!

Right on! I hope that I wasn't overly harsh or salty, I really do appreciate that you're developing this unique mobile game and offering it for free!

I wish there was an endless mode, but other than that great game!

This game is honestly really fun, and it's quite fun seeing all the characters expand into some amazing sizes! Can't wait to see what comes next

True. Not as relaxing as I initially thought it would be but I still absolutely love it.

I love the game so far! Some suggestions for you:

I feel this would be better on mobile rather than on my PC.  Despite that, I still had fun with this one.

well thats why the game is also for android, in fact it is made mainly for it

Yeah, I have thought in that before. We will see ~

It's not a huge deal, but I feel like the art for the new chili looks too similar to the salad while playing the game.

after playing this for a bit it is rather fun err content aside i mean it could stand up on its own... hope im makeing sense, only real nitpick i have is that cascades often get burned by that capacity bar. only real sugestion i got is maybe consider adding powerups to the mix... maybe ones you dont want to get added in also, only thing is what would be thematicly aproprate and how would they trigger? only things i got off the top my head are time extentons diet pills and a chance for them to apear based on chain number, perhaps maybe a wild card too for high matches like of 6 atonce or something.

A few notes and suggestions:

1. As it is, low-fill food sare just so much better than high-calorie foods in my experience. Might be a good idea to tweak the numbers a bit. Whether that's the actual calorie/fill numbers, or the amount of taps it takes to go back to empty.

2. Almost surely planned, but it'd be neat to have more differences between characters. Like maybe Scott could have a multiplier to calories (to make high-calorie foods better on him) and Pol could maybe go back to empty faster once he reaches capacity.

3. The suddenness of the time up gave me an idea: What if it had something like a "basketball timer," which is to say that as long as food is moving, you can still make combos, but as soon as everything stops, that's when the game ends?

Just some thoughts, is all ~

I just realized I can simplify what I'm saying in point 3: As long as you have a combo going, you cannot get a time up, but the moment your combo ends, that's when you get the time up.

i hope this will get many future updates

A nice little game, i hope for that we can see the rest of the VN cast inside. By the way the highest wight where the character change appearance are:

I can't go higher than 465kgs though

So far its a great little tech demo for something bigger. Curious if the biggest size is at around 350kgs cause I managed to almost get to 400 but I couldn't.

It looks pretty good so far! I think a good improvement would be to make a clear goal for taking part in the food contest, other than to get bigger. Maybe a weight goal or an opponent who's getting bigger alongside your character.

Something like a tiny story mode where you climb up ladder of opponents who can eat more and faster than you until you need to face off the guy who at the beginning laughed you off when you lost to him by nearly 330 kilos could be nice too? Obviously as this is mostly a casual game there wouldn't be much of story itself and you couldn't make advancing further too hard. 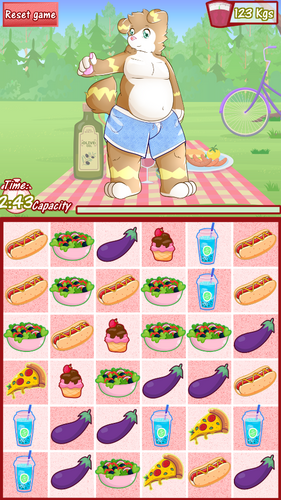 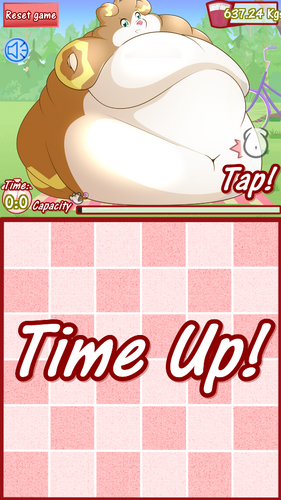 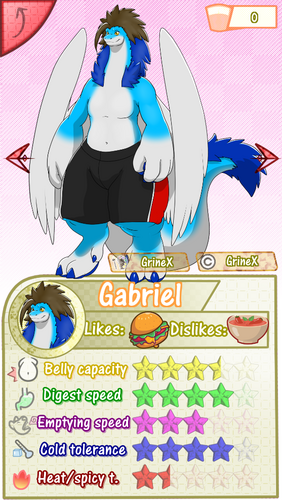 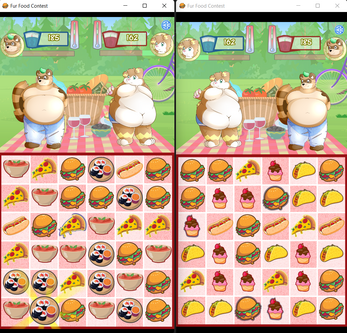 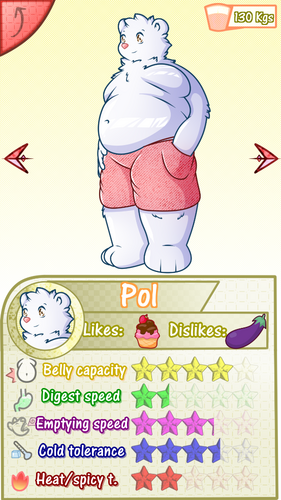 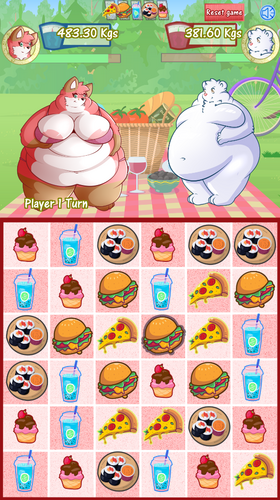 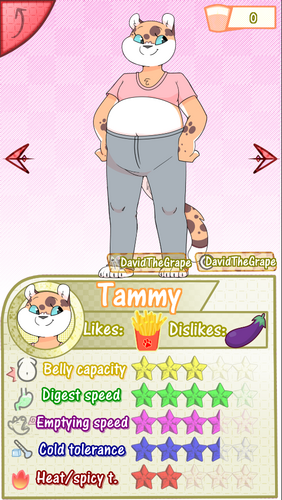 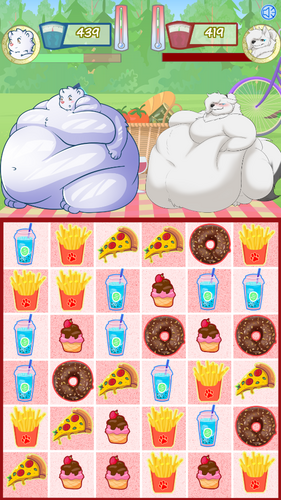 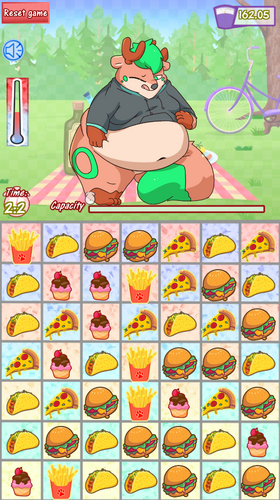