A downloadable game for Windows and Android

Welcome to Match'fur Battle!  A game that involve some RPG elements and board/matching mechanics in order to attack your enemies! On this game you will be able to summon/unlock a lot of different furry characters with their unique skills and stats! Make a team of 7 and go to an adventure beating all your enemies!

For more you can join our discord server here!

Hey there! I really like what you have here so far but I'm having a rough time and I'm not sure if I'm missing some key mechanics. The story is greyed out so I'm guessing that's not implimented yet and the challenge enemies are way too strong so I was able to do some of the easy practice but my units aren't levelling up and I can't seem to unlock any of their abilities. I got a few gems from that but then it stopped giving them to me so now I'm just stuck. So far for me it's been the dark souls of match 3 games lol. I can't seem to advance at all. I thought the easy practice was where to build up some strength but since it stopped giving me gems I just dunno what to do.

yes, story mode is not done yet, also characters level up when you hire another one that you already have and press "Level up", but if your press "Get abilities" you can get their abilities to be "learnable" to another characters in the "unit managament" -> "Lear abilities" screen. (Some abilities have restriction to be learnables, like the element of the character) and you need paw coins to teach them :3

Ahhhh I see! Okay that's kinda what I was starting to think. And what about the gems issue? How do I deal with being cut off from the gems to summon more? Or have I just had bad luck?

Yep you're definitely right! I've played quite a bit more and while the drop rate is arduously low they are dropping.

I'll definitely stand by what I said before though, this is the dark souls of match 3 games. The fact that the easy practice boss can wipe an entire fully healed team by 1-shotting almost every single character is ridiculous, especially considering they fire multiple shots at multiple characters, and renders the healer characters completely useless. My last boss fight attempt my entire team was dead in 3 attacks from full health. It was doing minimum 140 damage per attack and attacking 3 times at once. So far I have only 2 characters at level 2 and I've played several hours now. If a single character goes down you're not making it past more than maybe 1 more level which is so hard when you can lose a character in the first 15-30 seconds of a match if you're unlucky. I actually am in love with this game but it is SO difficult and usually match 3 games are kinda chill but this is the most stressed I have ever been playing a mobile game. Like, my heart rate is at Elden Ring boss levels from the second a match begins. The difficulty and incredibly slow progression are really starting to make it harder and harder to play.

Another problem I'm facing is the character icons looking too similar. I've included a screenshot as a great example. The brown tanuki I can easily tell from the others but between the white cat and white bear I cannot tell them apart in a hurry and since you have to be lightning speed at this game from the second the buzzer sounds it makes it even harder. The green characters somewhat blend together and the green and white starts to blend with the two whites. When the screen gets like this my eyes just gloss over and I can't see anything. Even if I mix up my team a bit there's just not enough differentiation between them and for a game with RPG elements you want to be working around teams and skills, not what characters you can actually tell apart. I really really like this game but it physically hurts my eyes to play when the screen gets like this because of how badly I have to strain them.

Blue diamonds drop rate increases by the practice mode difficulty you choose, also, you can activate assited view in settings or pause menu, in order to be easier to find matchs :3

And thanks for linking this hard game x3

I really like this game. A great way to pass the time. It's a pity that this is a beta version and so far there are few levels in it.

I am working on it to give more levels, characters, enemies and overall content day by day! I am so glad you like the game!

ran into a error

but its fun so good job ziul!

thanks so much! I have received a lot of error resports, well, this is a "Beta" so this is "normal" i guess XD, I'm correcting them, and adding an story mode, chapter 1 to start with the first version release uwu <3

Great to hear. I cant wait to see where this goes uwu. 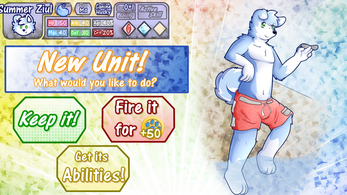 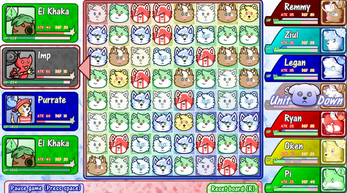 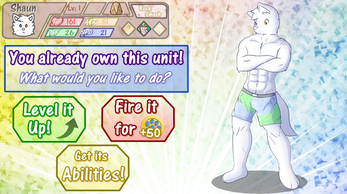 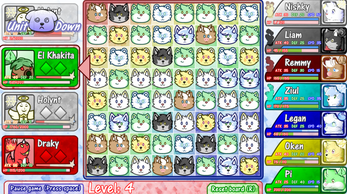 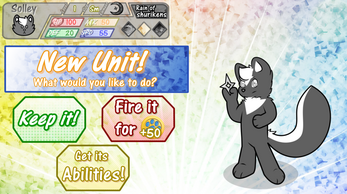 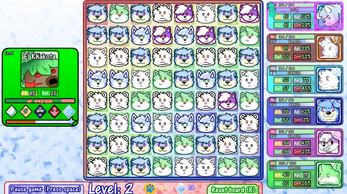 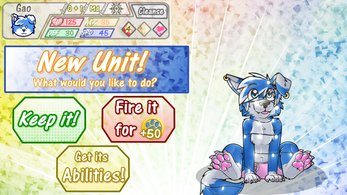